Science towns are becoming serious players in the national strategic planning system. The federal law “On the Science Town Status” becomes valid in the next year, obliging the local authorities to design long-term socio-economic development strategies. Science towns’ mayors, members of the Russian Ministry of Education and Science, and experts from the Higher School of Economics discussed practical aspects of meeting the law’s requirements at a conference hosted by HSE on 5 July.

A new design for “smart areas”

The federal law of 20 April, 2015 #100-FZ “On Amendments to the federal law “On the Russian Federation’s Science Town Status” and the federal law “On Science, and State Science and Technology Policy” comes into effect as of 1 January, 2017. The document will become another milestone in the line of legislative initiatives which goes back to the early 1990s, when the term “science town” was first introduced.

The updated document reconsiders the science town concept and their mission, and sets criteria for annual confirmation of their “special” status. Among other things the criteria include the following: at least 20% of all able-bodied residents must be employed by research-and-production organisations; out of them, at least 20% of research personnel must belong in the faculty group; at least 50% of the town’s total output (products and services) must be produced by research-and-production organisations.

Under the new rules, quantitative, statistically measurable aspects of science towns’ activities – i.e. municipal formations with a high concentration of S&T and production potential – must be supported by qualitative aspects: their economic growth to a significantly higher degree will depend on efficiency of research-and-production organisations, on success in securing investments and other resources, ability to launch and advance research-intensive projects. Previously, science towns depended mostly on government budget support, i.e. essentially remained subsidised areas.

The objectives for the new phase would be hard to accomplish without setting clear long-term priorities and identifying major structural projects. Therefore the law obliges science towns to design socio-economic development strategies, agree and approve them, and monitor their implementation. Previously municipalities didn’t have to have specific development strategies.

Meanwhile the federal-level system of strategic planning documents – “overstrategies” was the term coined by Mikhail Kuznetsov, director of the non-profit partnership Union of Russian Science Towns – though not quite finalised yet, sets a rather challenging context for developers of other strategies. In recent years the “Law on Strategic Planning” was adopted and Russian S&T Foresight 2030 approved; the speaker also mentioned the “UNESCO Science Report: towards 2030”. Territorial planning and development tools for areas with a high concentration of S&T and production potential are described in the RF Development Strategy until 2020, in innovation-based development programmes of territorial and industrial clusters. These issues are also discussed in the course of designing RF S&T Development Strategy until 2030: one of the expert groups is actually called “Territorial Organisation of Research, Development, and Production”. Some of the conclusions the group has arrived at were presented by Pavel Rudnik, director of the HSE Institute for Statistical Studies and Economics of Knowledge (ISSEK) Centre for Strategies and Programmes.

The “overstrategies” themselves are constantly evolving, reflecting development milestones, noted the conference moderator Leonid Gokhberg, first vice rector and director of the ISSEK. Science towns must actively contribute to creating a favourable entrepreneurial climate and attractive environment for the population. Having a clear set of priorities is important – a “smart specialisation” which would allow to make use of the territories’ specific competitive advantages. We also must learn to use all available tools for promoting innovation. E.g. policies to support innovative territorial and industrial clusters, industrial parks, small and medium businesses are very much suitable for science towns as well.

Troitsk is going to be the first science town to confirm its status in 2017: the “pioneer” has already designed its strategy (the document was prepared with active participation of HSE), organised a series of public debates, and had it approved by the town’s Council of Deputies. In many aspects Troitsk’s example may serve as a model for other science towns. A similar document was also approved in Biysk; note that it was specifically subjected to a general public discussion to take into account people’s preferences and suggestions. The strategy is ready for implementation. In Friazino they have started to implement the strategy even before it was officially approved.

Strategies presented at the conference (in addition to the abovementioned ones there were presentations by Obninsk, Zelenograd, Pushchino, Koltsovo) had several common provisions: strengthening R&D and production potential, developing infrastructure, attracting investments, developing technologies and promoting their application, developing human capital, town planning and development issues, creating a comfortable living environment were set as major goals and objectives by practically all science towns. Differences were evident on the level of specific progress indicators (which largely depend on the science town’s specialisation), and planning horizons. E.g. designers of the Koltsovo strategy have set as a target for 2030 developing 15 new registered original bio-pharmaceutical and veterinary drug preparations.

Sergey Matveyev, deputy director of the Ministry of Education and Science’s Science and Technology Department, approved of choosing product lines as a development milestone. Summarising science towns’ approaches to designing and implementing their strategies, he stressed their main purpose – foster an advanced, dynamic town economy based on a strong research-and-production complex whose efficiency would be confirmed by tangible socio-economic benefits. Unlike the traditional approach of promoting science as such – which may very well result in building yet another “ivory tower”. “The role of science in these territories’ development shouldn’t be exaggerated”, stressed Sergey Matveyev. Science towns should pay just as much attention to engineering and technological entrepreneurship.

Other speakers also pointed at insufficiently close links between science, business, state, and society. The mayors noted disparate legislation on science towns, including certain incomplete legislative initiatives – e.g. on supporting special economic zones, and not infrequent conflicts between approved strategic plans and randomly taken situational decisions. On the whole, many problems with strategy development have turned out to be common ones.

The federal status was the stumbling block: according to the current legislation, local authorities have quite limited powers, so “it’s hard to make use of the science town status”, noted Tatiana Kuznetsova, director of the HSE ISSEK Centre for S&T, Innovation and Information Policy. Efficient development of technopolises (a close Western analogue of science towns) is based on significant autonomy of their local authorities, noted the expert. According to Mikhail Kuznetsov of the Union of Russian Science Towns, the science towns where stakeholders have managed to agree on development priorities turn out to be the most successful ones.

A tradition to dream about the future

Without a long-term strategic agenda it wouldn’t be possible to integrate into the global economy of the newly emerging type. Development of the national S&T Foresight system increases the need for a clear, well-justified national development plan covering all participants of the country’s innovation system. According to Alexander Chulok, deputy director of the HSE ISSEK Foresight Centre, science towns can very well integrate into these processes if they make provisions for coordinated application of national, regional, and industry-specific Foresight tools in their development strategies.

Science towns by definition attract the best intellectual resources, but at the new development stage they should plan farther ahead, estimate growing demand by the creative class, first of all by young people, stressed Galina Kopychenko, expert at the HSE ISSEK Institute of Regional Studies and Urban Planning. The problem of labour resources’ outflow into the neighbouring megapolises, always relevant for science towns, may become even more serious in the global economy.

Nikolai Krasnikov, mayor of Koltsovo, summarised the discussion about the host of problems arising in the course of strategy development by quoting a poem line “Of course, not having strategies at all would never do”. He wrote this line on his book he gave to Peter Komarov of the HSE Design Laboratory who has made an inspiring presentation about territorial branding, and reminded about a behest of his teachers – founders of Novosibirsk science town: always try to look behind the horizon, and dream about the future.

Results achieved by the working group “Territorial Organisation of Research, Development, and Production”

The social sphere and labour market in territories of science

Photos: all pictures of the event

Topics
Research&ExpertiseEvents
Keywords
discussionsReporting an eventscience city
About
Institute for Statistical Studies and Economics of Knowledge, Laboratory for Science and Technology Studies
About persons 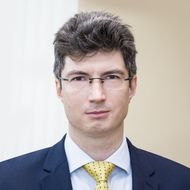