R&D: Placing the Accent on Centres of Excellence

How centres of excellence should be run? According to which principles they should be funded? How their performance should be assessed? These issues attracted the most attention at the concluding sessions of the ISSEK’s seminar “Global Trends in Public R&D Investments” which took place on 4 April as part of the HSE’s XIV April International Academic Conference

How centres of excellence should be run? According to which principles they should be funded? How their performance should be assessed? These issues attracted the most attention at the concluding sessions of the ISSEK’s seminar “Global Trends in Public R&D Investments” which took place on 4 April as part of the HSE’s XIV April International Academic Conference

The seminar consisted of two parts. The reports presented during the first part have been covered earlier. Papers delivered during the second part of the seminar told the audience about centres of excellence’s management models used not just in Russia but also in Canada and China, and about economic challenges in the S&T sphere.

From centres to networks of excellence

Jonathan Linton, Professor at the Ottawa University, spoke about centres of excellence’s research strategies, and the changing approach to organising their work.

In the framework of the traditional approach, centres of excellence used to have the following main characteristics: 1) physically “bringing together” people and equipment in the same location; 2) concentrating research efforts on specific thematic areas; 3) setting up specific infrastructure to accomplish these objectives; and 4) all team members possessing various skills working together to accomplish the common mission.

Advanced information and communication technologies have changed a lot, and most notably, they eliminated distance-related barriers. Members of a research team now can cooperate even they’re physically located at different ends of the world; exchanging the available resources is equally easy. According to Jonathan Linton, this allows to speak about not just centres but “networks of excellence”.

How to build these networks, and what results they should be producing? To begin with, one should understand what the network consists of and what issues its individual links deal with. Particularly important is to avoid duplication of research and other objectives; that would lead to a waste of time and resources. Next, one should identify gaps and try to bridge them in such a way that all network elements would be linked to each other, albeit not rigidly. In certain cases division of competencies and autonomous work may generate a stronger effect. Synergies shouldn’t be confused with interdependency, and shaping common strategy — with centralised planning. The next stage is identifying — and if necessary updating — competencies. And one thing definitely to be avoided is “herd behaviour”, when a member of the team too keen on a fashionable topic drags the rest of the group after them.

If a research topic for some reason becomes less important, it doesn’t mean it should be abandoned. Science and technology don’t remain unchanged; research priorities may change again just as quickly. “It’s cheaper to support the research area which doesn’t seem to be particularly important at the moment than drop it and then try to start all over from scratch”, warned Professor Linton.

Leonid Gokhberg, first vice rector and director of the Institute for Statistical Studies and Economics of Knowledge (ISSEK) of the HSE, spoke about economic aspects of Russian R&D organisations’ activities.

Despite the significant amount of public money channelled into R&D organisations during the recent years, the scope of research undertaken at these organisations is reducing. R&D centres frequently turn out to be inefficient and non-competitive.

Many Russian R&D organisations look more like economic concerns than research teams. About 30% of their staff do not have higher education (that’s service and maintenance personnel); the largest group among the researchers are people of past-retirement or near-retirement age. “There ‘s a certain inflow of young people, but they lack motivation to keep their jobs”, noted Leonid Gokhberg. “Young researchers apply for work at R&D organisations only to quit soon. The share of  employees of the most productive age groups (30—50) is dropping”. One of the main “holding” factors is flexible hours which leave the researchers “opportunities to take second jobs in other sectors”.

If in terms of public R&D expenditures Russia “is among about five world leaders” (e.g. by now more resources is allocated than in the UK), in terms of basic research productivity, citation level, number of patents and the volume of technology exports “Russia’s positions are steadily declining”. Thus public investments in the R&D sphere mostly remain inefficient. The Soviet R&D organisational model still remains in place, under which universities and industrial enterprises (the major “producers” of advanced research in developed countries) in Russia remain “clear outsiders” when it comes to allocation of public investments in R&D.

“A radical increase of Russian R&D sphere’s competitiveness cannot be achieved without making institutional changes”, stated Leonid Gokhberg. “And the accent should be placed on centres of excellence”.

Centres of excellence should recruit their staff following the “efficient contract” principles, which would enable them to attract “young talent”. An “internationally recognised results evaluation system” should be used for “feedback”. Integration into international research networks is also a “major characteristic” of an advanced centre of excellence.

According to the ISSEK director, these centres should be funded through basic (providing essential social guaranties to researchers) and tender-based mechanisms (bonuses for productivity, grants from various foundations). The system for evaluation of their activities should cover all levels, including allocation of public funding. And the efficient contract system should be extended over the whole R&D sector, both civilian and non-civilian.

“Roadmaps and budget allocation at centres of excellence” was the title of the paper presented by deputy director of the HSE’s Foresight Centre Oleg Karasev. “This topic may seem to be narrow”, noted he, “But actually it covers various institutional forms of the R&D sphere, including corporate R&D”.

According to Oleg Karasev, companies do not realise “what place they have in the R&D sphere” and which opportunities to advance R&D are available to them. Meanwhile, to plan such activities one must know which underlying factors affect or will affect in the future the development of the industry, the sector of the economy, or the whole socio-economic system. The key to success is Foresight, which helps not just to sketch the desirable future but to identify  ways to achieve it, and to make roadmaps.

“A roadmap includes the whole set of indicators and requirements at all stages of the product’s life cycle — what should be achieved, and what we consider to be a competitive result”, explained Oleg Karasev. “For example, if it becomes apparent that we can’t possibly achieve a result on our own, maybe it would be better to buy the relevant technology than try to develop it”. It’s also important to take into account requirements to R&D results at the stage of initial allocation of public funding.

Mu Rongping, director of the Institute of Policy and Management of the Chinese Academy of Sciences, and Stanislav Zaichenko, senior researcher at the HSE ISSEK’s Laboratory for Economics of Innovation spoke about the Chinese and Russian experiences of measuring centres of excellence’s efficiency. 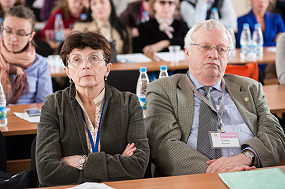 “Issues related to science, technology and innovation play increasingly important role in China’s political agenda”, noted Professor Mu. “Accordingly, our government developed a cycle of measures to support and promote development of the S&T and innovation sphere”. In 2006 a 15-year strategy was approved — a programme to support domestic research; the five-year plan includes measures to promote development of strategic industries and the innovation infrastructure.

Since 1993 the Chinese Academy of Sciences evaluates its research institutes. The criteria being used have been repeatedly changed during that time, for the following reason: the previous  “competitive” evaluation model based on comparing various institutes led to homogenisation of research conducted there. Institutes were concerned not so much with implementing unique research projects as with competing with each other in the same field. The current system includes three key dimensions: the institute’s positioning (mission and objectives for the next 5—10 years); its “breakthrough” potential; and related key research areas.

As to centres of excellence, they are evaluated on the basis of their mission and objectives, potential and actual research results, contribution to creation of social and economic values, management achievements, and networking.

Taking the audience back to Russia, Stanislav Zaichenko reminded them that in the Russian R&D landscape centres of excellence were supposed to emerge in three stages. In 1994 the work on establishing state R&D centres began, “with ambitious plans but controversial results” (currently there are 47 such centres in operation). In 2008 the government focused on universities; after a strict selection procedure 29 of them were awarded the status of National Research University. Also in 2008 was established the only National Research Centre — this status has been awarded to the famous Kurchatov Institute.

The first attempt to measure the productivity of R&D organisations was made in 2007 (119 R&D divisions were evaluated altogether). The results were less than comforting: 38% demonstrated practically zero efficiency, in terms of quality of their research, their financial performance and organisational potential alike. About half of the R&D organisations fell into the middle group with unstable financial situation. And only 16% of the R&D divisions could be classified as leaders.

Experts suggest introducing a deeper evaluation system, based not just on formal quantitative indicators but also on peer review mechanisms, for allocation of public funding to R&D organisations. Also, the evaluation system must have several levels: starting from the network level and going all the way down to measuring productivity of individual researchers.

Development for the sake of development 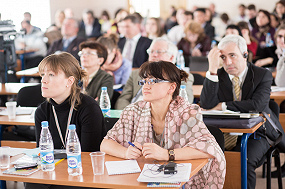 Dmitri Belousov, member of the Centre for Macroeconomic Analysis and Short-Term Forecasting, spoke about ways the current macroeconomic situation can promote or hinder S&T development. He started by stating the dilemma faced by developed countries. On the one hand a technological breakthrough is required to rise to a new competitiveness level after the crisis. On the other hand, the crisis led to “reduced trust between economic actors”, and to reduced volume of investments in and venture funding of high-tech but high-risk sectors. China may become a locomotive of progress, since this country strives to “modernise its R&D sector and advance upwards in the technological pyramid”.

And what about Russia? Its claims for a leadership on the energy market look increasingly less justified. “Deep shifts are under way in all three technological areas which determine the situation in the energy sector”, believes Dmitri Belousov. For example, Russia missed the shale “revolution”. And to boot, the Japanese have successfully started experimental development  of oceanic gas hydrates which “are available everywhere”. The “new power industry” continues R&D in nanophotonics and renewable resources, and by the 2020s we can expect the “thermonuclear breakthrough”. Finally, the energy efficiency and energy saving programme is beginning to bring results in developed countries.

“The old development factors — supporting consumer market, exporting raw materials and energy resources — are exhausted”, noted Dmitri Belousov in his presentation. “The new ones — investments, and exports unrelated to raw materials — are not yet working. <…> Thus technological development which would ensure national competitiveness is a necessary condition of macroeconomic stability”.

Meanwhile the volume of investments into major industries in Russia remains insufficient for technological modernisation; the average age of industrial machinery and equipment is over 14 years. The labour market is too expensive by developing countries’ standards, while productivity is significantly lower than in developed ones.

The combination of a major “investment debt” in several industries, and the need for accelerated modernisation suggests priority growth of private investments, added Dmitri Belousov. Accordingly, “the chance of technological development “turning on itself” becomes one of the biggest risks Russia faces”, noted the speaker.