The special issue of the  Foresight and STI Governance  journal various aspects of labour market in the context of technological transformations are being considered. 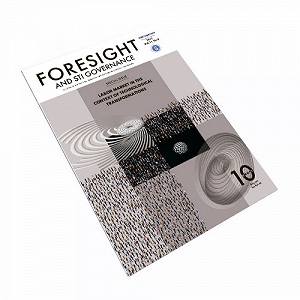 Annamaria Inzelt, Laslo Csonka
The Approach of the Business Sector to Responsible Research and Innovation (RRI)

Yuri Simachev, Ludmila Zasimova, Timur Kurbanov
Basic Research Support by the Russian Science Foundation: What Can We Learn from the First Grant Competition?

Since 2017,  Foresight and STI Governance became an open-access journal. Electronic versions of the issues can be downloaded at the journal's website, online libraries (e-Library and Kiberleninka), and via mobile applications available at AppStore and GooglePlay.